“Azpetrol” company which has a large network of petrol filling stations in our Republic leads in the charging of electromobiles.

The Azerbaijani government as one of the parties that signed the Paris United Nations Framework Convention on Climate Change adopted in 2015, has started to work in the direction of promoting the use of electromobiles too. Thus, with support from “GreenCar” LLC, Azerbaijan Automobile Federation and IDEA (International Dialogue in favor of Environmental Protection) Public Union, it has been started to carry out large-scale innovative-ecological projects in the territory of the country since 2014. Within the framework of the projects it is planned to bring the latest technological innovations on electromobiles to Azerbaijan and to support environmental protection and creation of healthy ecological environment. As well as, the electromobiles and other electric-operated transport vehicles were brought to Azerbaijan within the project. By taking into account the above-mentioned, “Azpetrol” company has also taken successful steps in this sphere and as a contribution to the owners of the electromobiles it has put into operation the battery-charging (charging) stations in its many petrol filling stations. Thus, it was installed 14 pc. Terra-54 model apparatuses made in Italy by ABB company for charging the electromobiles in the petrol-filling stations of “H.Aliyev prospekti 105”, “Heydar Aliyev prospekti 108”, “K.Marks”, “Spartak”, “Mayak”, “Mayak-2”, “Babak”, “Nobel”, “Ganjlik”, “Mardakan”, “Galaba”, “Sumgayit-1”, “Alat” and “Salyan-2” operating under “Azpetrol” brand. Terra-54 which is the best renewed version in the world is multi-standard DC fast battery charging station (device). Terra-54 supports the capacity of an increasing electric means accumulator and provides 50 kWt uninterrupted charging in 200-500 V DC. Terra-54 allows charging fully the battery of electromobile during 20-25 minutes. Note that the duration of charging varies depending on a brand of the electromobiles. We inform the owners of the automobile that service provided to the electromobiles in the above-mentioned petrol filling stations of “Azpetrol” is free of charge. Furthermore, “Azpetrol” company will put into operation the charging stations for electromobiles in two more- ‘KurdamirAsan” and “ShamakhiAsan” petrol filling stations in near future. 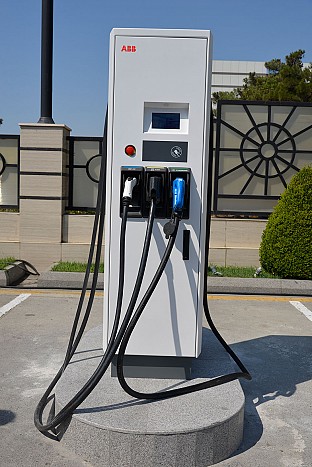 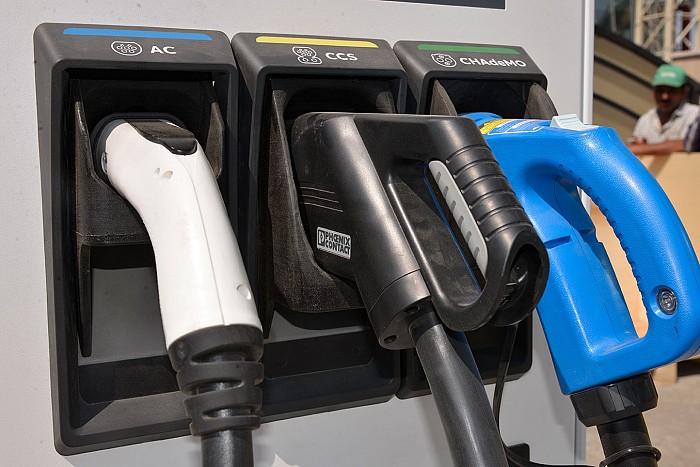